You will need to Boot Camp your Mac and run Windows if you would like to take full advantage of these services. You will get a warning window if you try to purchase Origin Access on a Mac: 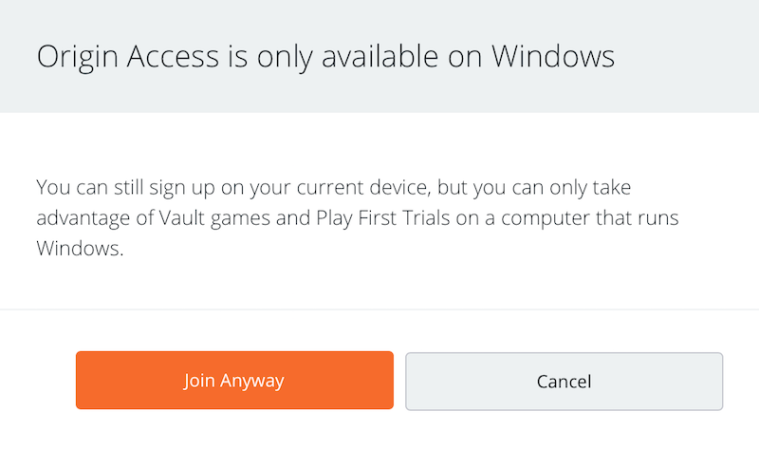 So if you don’t want to be charged, don’t click on the Join Anyway button!

Seasons is probably the most hotly anticipated pack for the Sims 4, and rightly so. It’s one of the most loved features in the previous versions of the Sims franchise and adds a wealth of new opportunities and visuals to your game. Speculation has been rife since it was announced and the communities have been full of excited Simmers watching EA’s carefully choreographed screenshot and video releases. The EA Game Changers have also been fulfilling their duties by regularly tweeting/facebooking/youtubing/twitching their excitement and whipping up the crowds into a frenzied mass of weather related joyfulness. But is it going just a bit too far?

Ever since the game changers have been allowed to post their experiences of the game, pre-release, I’m not sure there’s anything we don’t know about the pack, and that takes the shine off it. It seems like there’s a competition as to who can get the most information out in the public domain and as quickly as possible. Some of us still like surprises and don’t want to know everything before we can get our hands on the EP. The thunder and lightning  won’t have such a wow factor because they’ve been plastered all over social media, the blizzards won’t be new and exciting, we’ve already had countless screenshots of the scarecrow and sprinkler, and every single possible compilation of clothes in CAS has been exhausted. I want to be able to go onto the social media platform of my choice and not be bombarded with spoilers. Phantom summed it up beautifully here:

Can I just block the #EAGameChangers and not see all the spoilers?

For the record, I was lucky enough to play Seasons at EA Play, and I loved it, but I was careful to not over-expose myself to every single new feature in the pack. In fact, I spent most of the time playing around with the glass roofs which came in the free game update this week 😛

Oh look, a new update for The Sims 3, how exciting! Oh wait, it’s only for Windows users and introduces a new Expansion and Stuff Pack Manager.

Mac users on most post 2013 Macs cannot play the game due to their graphics cards being unsupported. This is well known among Mac players and EA are aware of it. It is posted about on a daily basis on the official games forum and AHQ. People are still buying the game as according to the system requirements it will be fully compatible on their Mac, but it isn’t. If you have no idea what I’m talking about just read my page here.

Here’s what I think. I think that EA are no longer using the 3rd party they used for the Cider wrapping of the game so there is no one at EA who actually knows how to patch it. They’re hoping that over time Mac users will just stop moaning and buy Sims 4 or disappear altogether. Well, it’s been two years now and people are still buying the game, only to find out that it is not compatible on their new Mac. I know this because I am replying to their posts on the forums, daily.

Prove me wrong EA, go that extra mile and actually help your Mac user base rather than hope we all crawl away, never to come back (or buy Windows machines instead). While you’re at it, how about releasing that patch for Sims 4 which has rendered the game unplayable for those with NVIDIA 512MB GPUs on OS X El Capitan? You know, the one that will have taken you over two months to fix. Yep, that’s another massive group of Mac users who aren’t able to play the game they paid EA for.

At least Sims 4 is 64 bit in OS X though. They did something right. 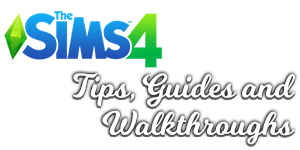